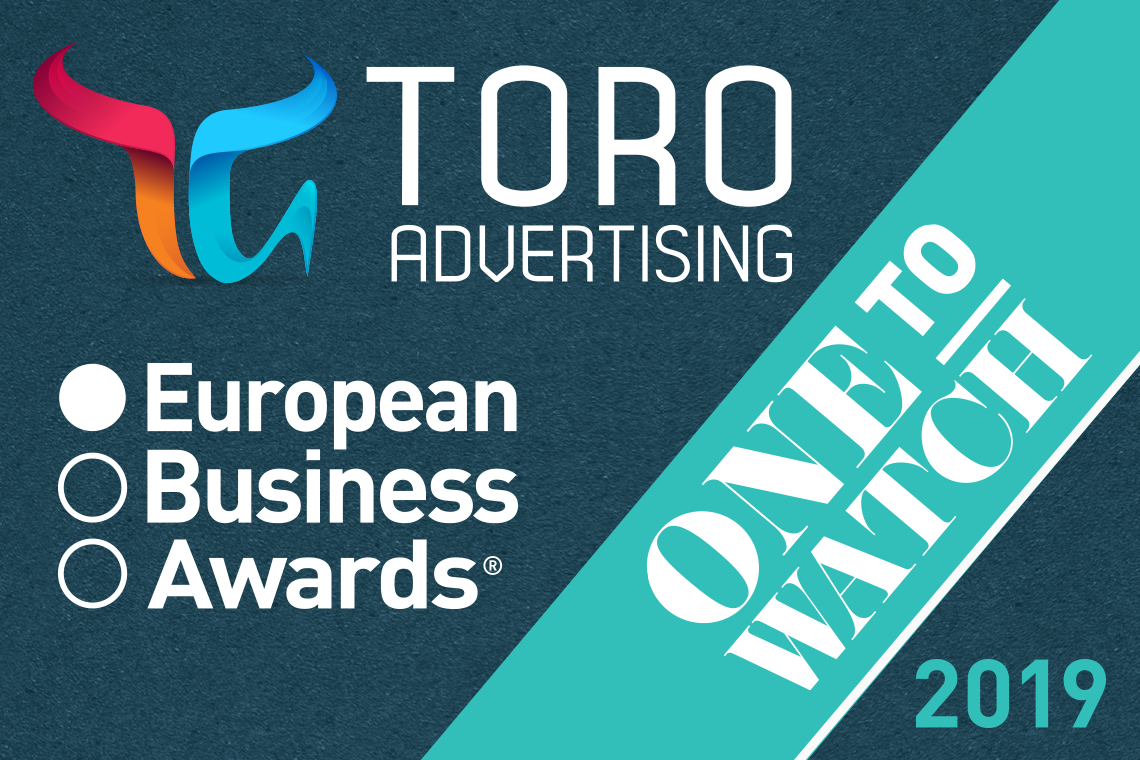 TORO Advertising today announced that it has been named as one of the ‘Ones to Watch’ in Europe in a list of business excellence published by the European Business Awards (EBA), one of the world’s largest and longest running business competitions.

TORO Advertsing was chosen because it demonstrates exceptional achievement and reflects the EBA programme’s core values of innovation, success and ethics. Out of the 127 companies named as ‘Ones to Watch’ in Spain, TORO Advertising is one of four companies in the list whose business is in the marketing sector.

TORO Advertising is part of EXOGROUP and EXOGROUP’s CEO and founder Benjamin Fonzé commented, “We are very proud to be featured in this prestigious list. TORO Advertising has continued to grow in the global ad tech marketplace due to constant innovation and adapting to the needs of an ever changing digital marketplace. EXOGROUP became a majority shareholder in TORO Advertising in October 2018. Since then we have invested 1 million euros to expand TORO’s talented team and to develop new affiliate platform technologies, with EXOGROUP providing further operational support through its finance, human resources and marketing departments.”

Adrian Tripp, CEO of the European Business Awards said, “The companies chosen as ‘Ones to Watch’ are the most inspirational, successful and dynamic in Europe. The talent and tenacity at the heart of these businesses creates jobs and drives Europe’s prosperity. This ‘Ones to Watch’ list of excellence is a benchmark of success for the rest of the European business community.”

Companies on the ‘Ones to Watch’ list come from all sectors; from manufacturing to retail, agriculture to technology, and all sizes; from start-ups to billion euro businesses.

TORO Advertising will now compete in this year’s European Business Awards to become a National Winner in its country (Spain), with the results to be announced in December 2019.

The EBA’s ‘Ones to Watch’ list for Spain can be found here.

About the European Business Awards

The European Business Awards is one of the world’s largest and most prestigious cross border, cross sector business competitions. Its primary purpose is to support and develop a stronger, more successful, innovative and ethical business community in Europe, as it believes businesses play a key role in addressing major issues faced across the world.

The European Business Awards is now in its 12th year. Last year it considered over 111,000 businesses from 34 countries. 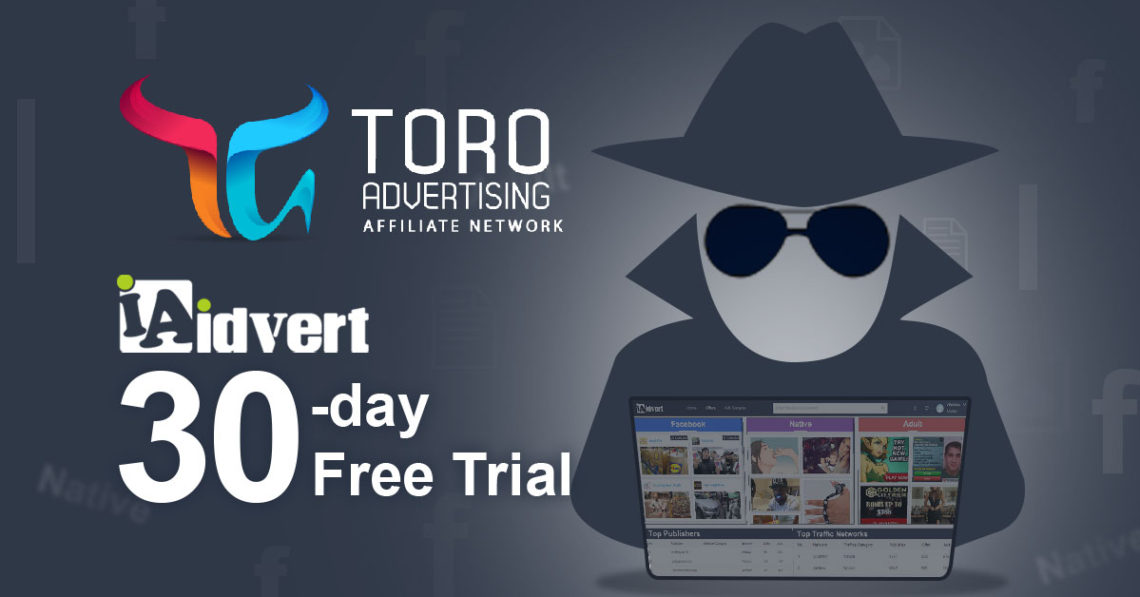 TORO Advertising and spy service Idvert have teamed up to offer the first 50 TORO clients a free trial for one month of their unique product.

With Idvert’s spy service you can:

But there is more! If you sign up to the free offer and continue to use the spy tool, you will receive a 25% discount for life from the second month.

Here’s what you will save: $199 for the first month’s free trial plus a further saving of $50 per month with the 25% discount.

This promotion is valid until 30th of September 2019, but hurry those free 50 accounts will go fast!

To take advantage of this great offer sign up here 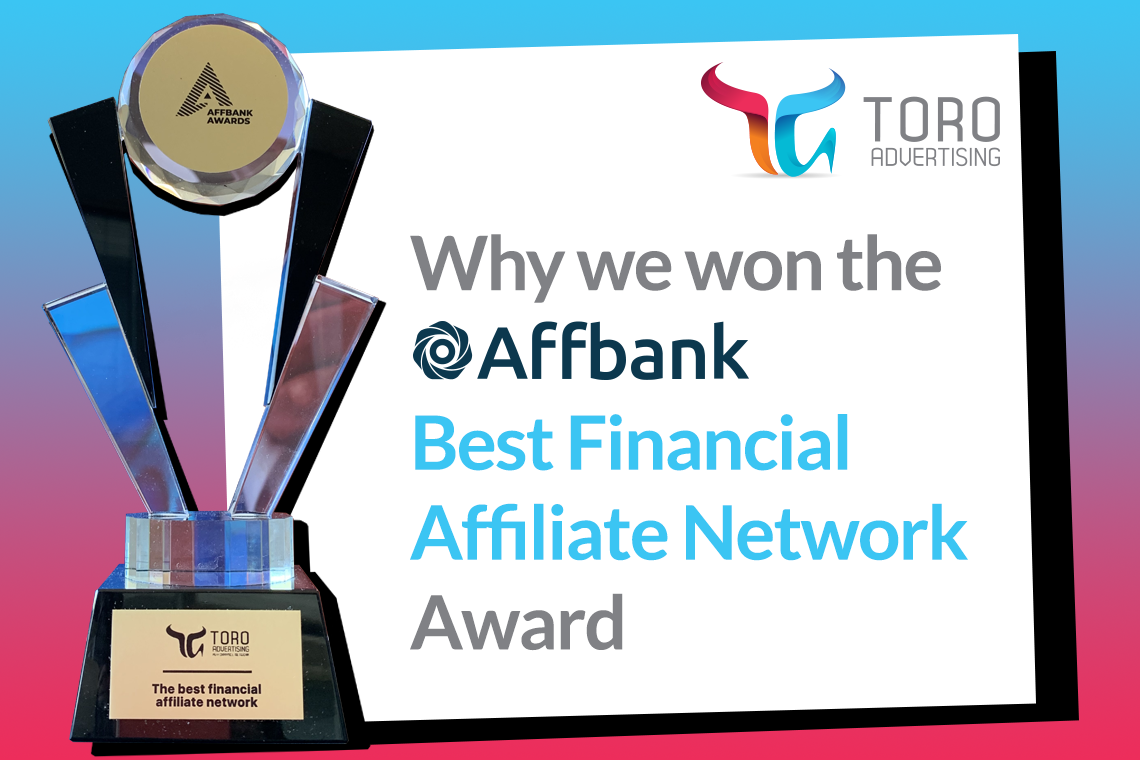 AffBank, the leading offers aggregator and network directory, recently held the AffBank Awards. Voting was carried out by professionals from the affiliate world and TORO Advertising won the award for Best Financial Affiliate Network. We were lucky enough to meet with AffBank at Affiliate World Europe in Barcelona where they kindly presented the award to TORO’s Anaïs López and Beatriz González. 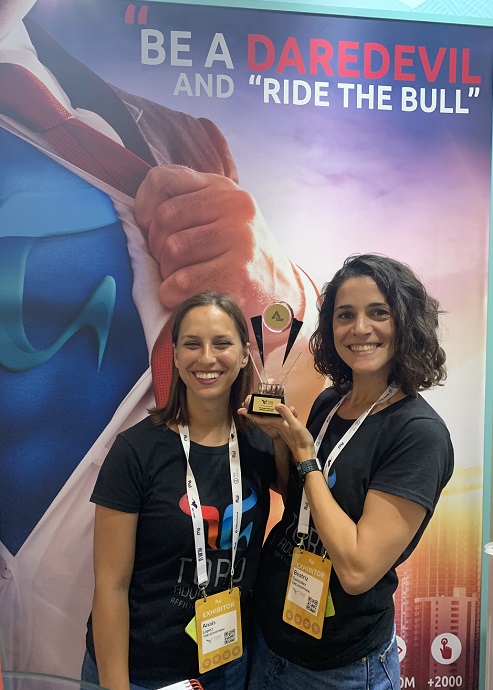 A full list of the AffBank Awards winners can be seen here.

To help you maximise your ROI for financial offers here are four tips:

Make sure you check you in box for our newsletters as we are expecting some great new financial offers for you to monetise coming up over the next few days. 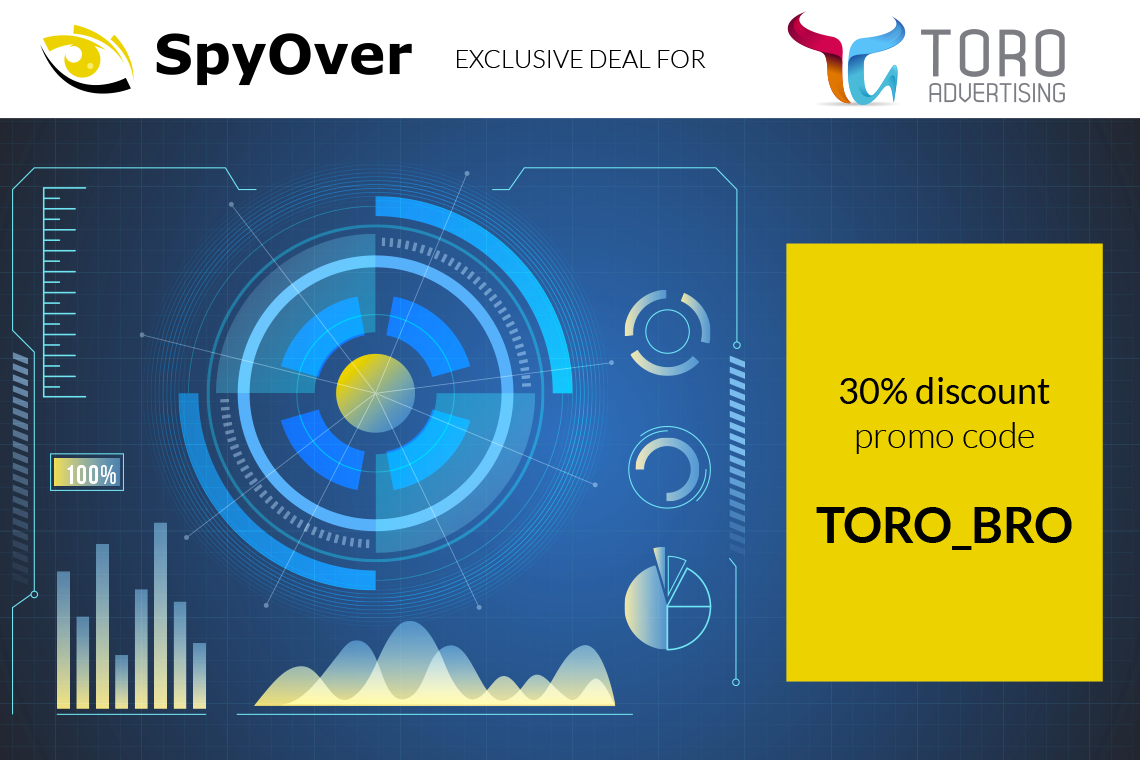 TORO Advertising clients can get an exclusive 30% discount for SpyOver!

Find out the secrets of your competitors strategies and be one step ahead!  SpyOver tracks native ads and landing pages all around the world: 115 countries and 15 networks! You can learn how competitors are using native ads and landing page and analyze them. Then based on the data you can implement new profitable campaigns or greatly improve your current campaigns. SpyOver also helps you determine the best winning combination of creatives as used by your competitors.

Here’s what SpyOver allows you to do:

Sign up today and take advantage of the special TORO Advertising discount: TORO_BRO

If you have some questions Skype us on: SpyOver_support 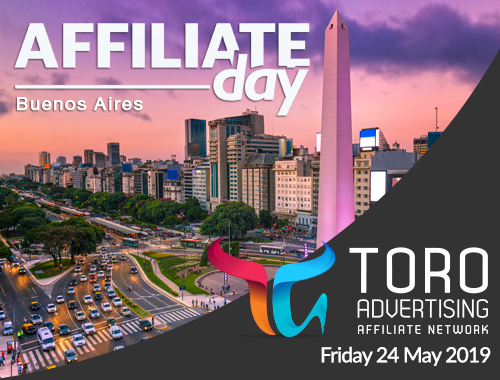 This private event held on Friday 24 May will be attended by Sol Schmeigel TORO Advertising’s Affiliate Team Leader LATAM. The event runs from 9:00 am to 6:00 pm at the Howard Johnson Plaza Hotel Florida Street in Buenos Aires. Affiliate Day is a brand new event aimed at people who are interested in starting in Affiliate Marketing and looking to find the basic fundamentals needed to join this industry.

Affiliate marketing consists of promoting products or services from other companies and obtaining commissions whenever the client generates a desired action. Normally we would talk about a sale, but it can also be a registration, an installation of an application or the request for a free sample.

That is precisely what we are going to teach you in this private event.

Do you need the best performance tracking tool? Then choose PeerClick! TORO Advertising clients who have never used PeerClick before will receive a free $50 bonus!

There are two options you can choose from:
Option 1 – Try it out!
Receive $50 to spend on the PeerClick platform during 30 days.

Option 2 – Join us!
Sign up for any plan and you will receive a $50 discount.

Here’s what to do – Click here and register and enter the promotional code TOROADVERTISING50.

Here is some additional documentation to help you get started:
How to integrate TORO Advertising with PeerClick
HTTPS: everything affiliates need to know and how it can improve the profitability of your campaigns

So what are you waiting for? Act now and check out this powerful tool!

Please note: This offer is only available to new users of PeerClick.

PeerClick is an advanced marketing tracking platform for Publishers, Media Buying Teams and Agencies. It brings analysis of all your traffic sources together in one convenient place with ANN (artificial neural network) traffic distribution module.

PeerClick enables you to work with different kinds of traffic sources, manage advertising campaigns and analyze traffic efficiency, using only ONE tool. 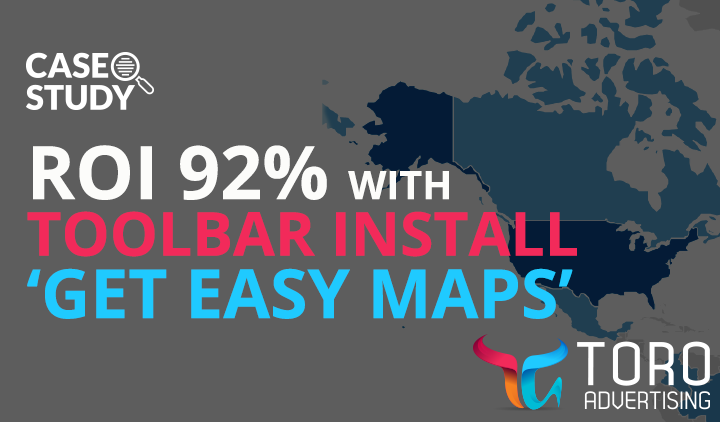 Experienced affiliate marketing professional Werner Uribe shares a campaign case study on how he used TORO Advertising to generate a net profit of $2,635 in 30 days. 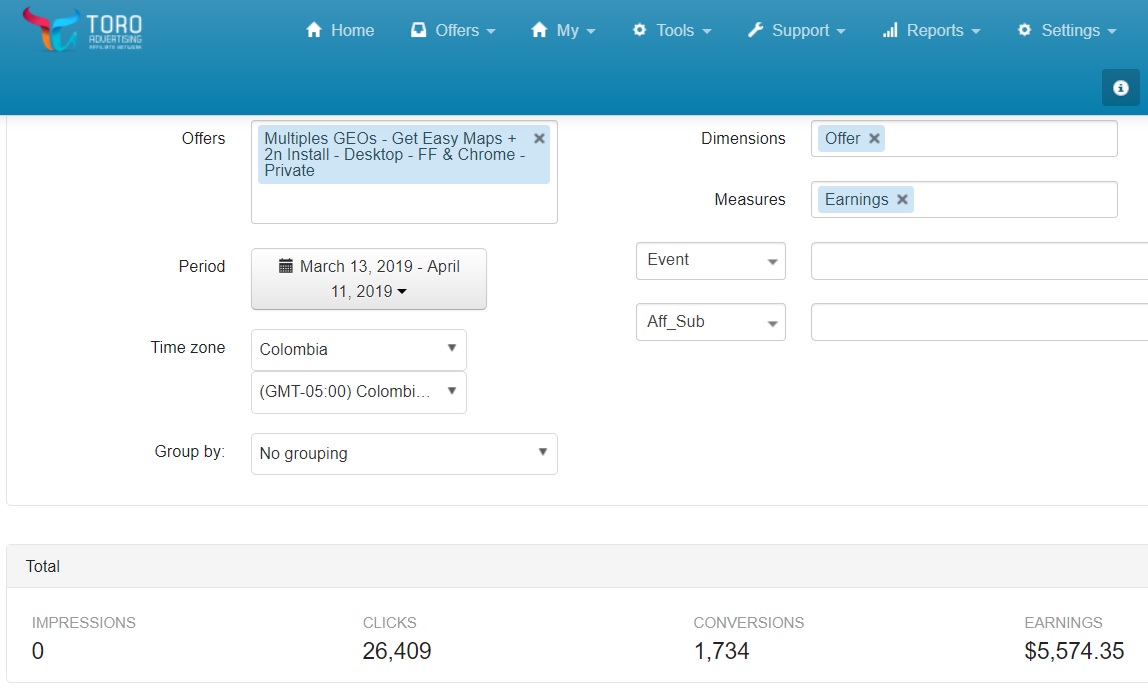 Creative strategy
First I wanted to test out the offer and see how well it was received by target consumers users from the first conversions.

I used Voluum’s tool: Traffic distribution AI using the calculation method EPV. I wanted to avoid sending volumes of traffic directly to the link of the offer and instead I tested out different landing pages. This enabled me to select the variables of higher CTR of the traffic: channels, browsers, cities, days, schedules, etc.

Configuration of the Push Campaign on Voluum: 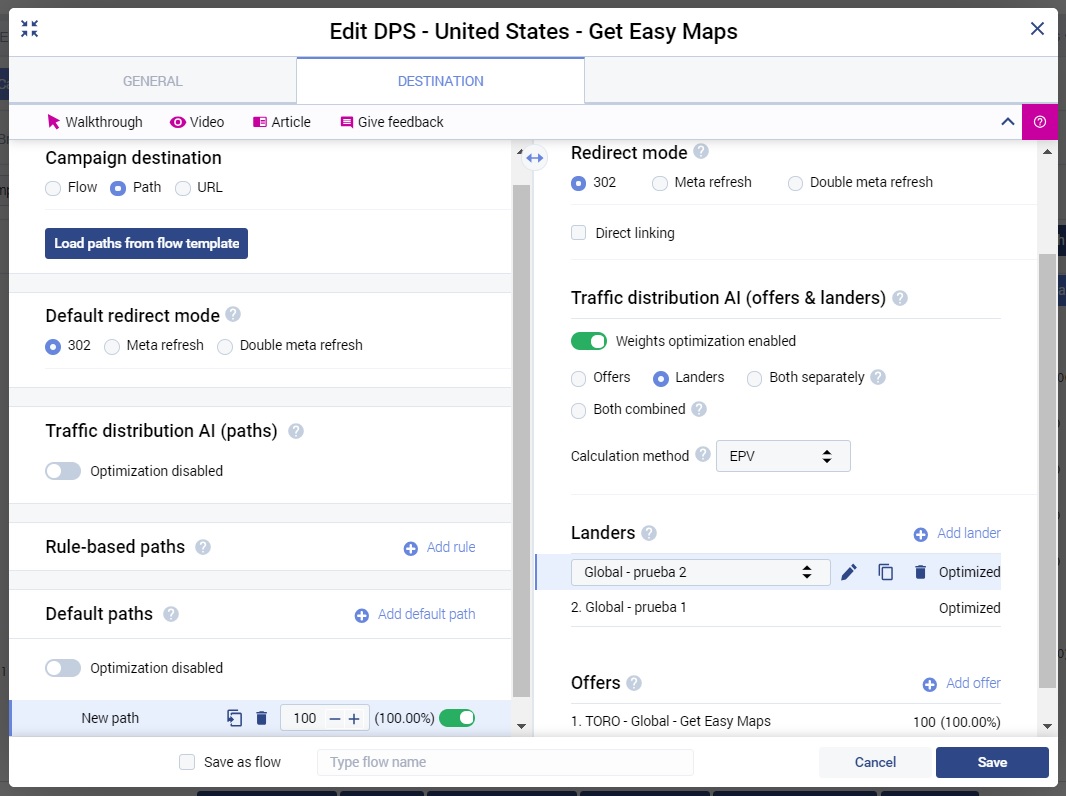 Budget Strategy
Once I saw good receptivity and I was able to identify the variables of higher CTR, I bought traffic from the different exchanges on Voluum’s DSP. I ensured that the bid was no greater than 50% of the campaign’s EPV. 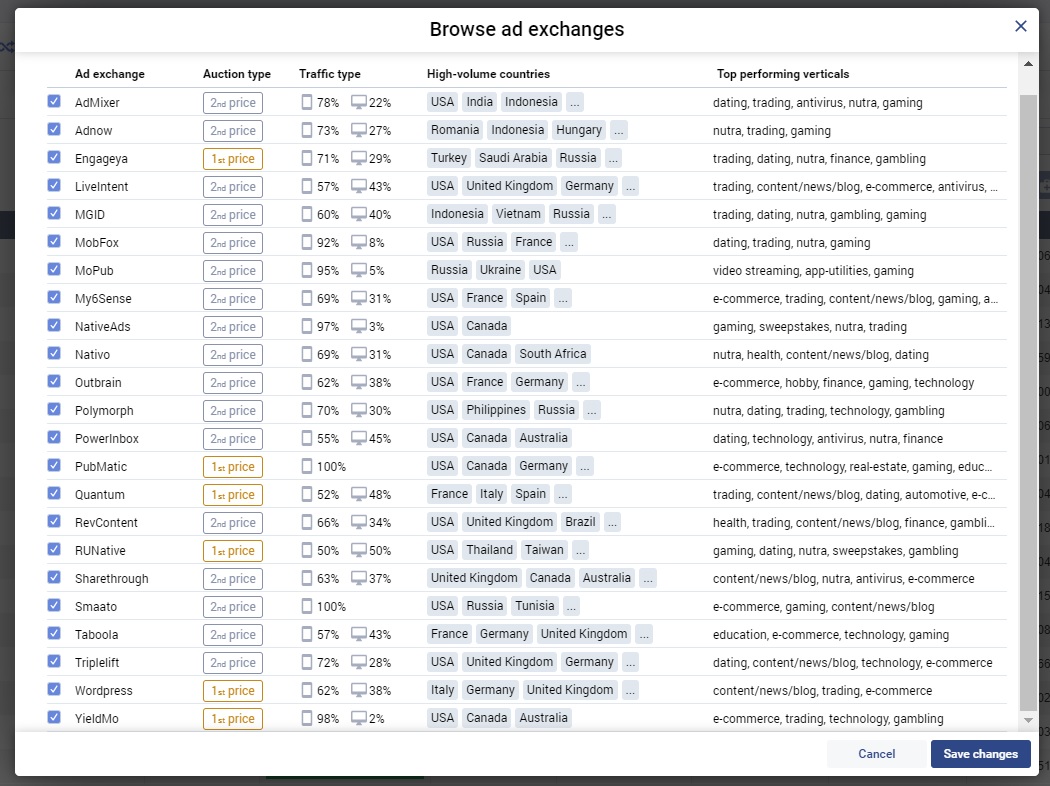 Optimization Strategy
Once I had achieved the expected volume of traffic for the campaign, I adjusted the effectiveness of the variables to ensure an ROI higher than -40%

Example of settings for variables on Voluum:

Scaling up the campaign
After reapplying the above strategies and achieving a positive ROI, it was time to scale up by not control spending, but optimizing profit. I used the following equations:

Conclusions
The metrics and indicators of this campaign were designed and then tailored first by testing. There is no magic recipe that fits everything.

There are many possible scenarios for the future development of this campaign, as is the case of returning a negative ROI. I recommend having new formats and creative angles prepared in order to reactivate the audience.

Having a close relationship with the affiliate network you are working with is vital for the optimization of the campaign according to the advertiser’s KPIs in order to achieve sustainable results and lasting offers. 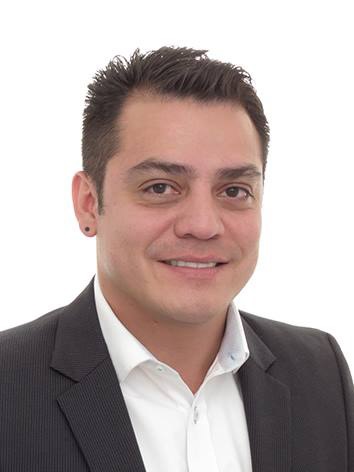 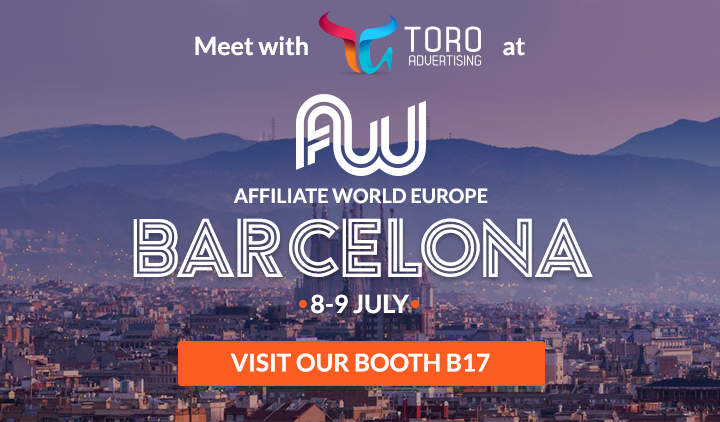 TORO Advertising will be exhibiting at Affiliate World Europe, Barcelona 8 – 9 July. To book a meeting with one of our experts please use the form below or email beatriz@toroadvertising.com

You can also visit our booth B17 for a chat about affiliation, traffic and more!

Exclusive for TORO Advertising clients! Get a 25% bonus credit match with MGID 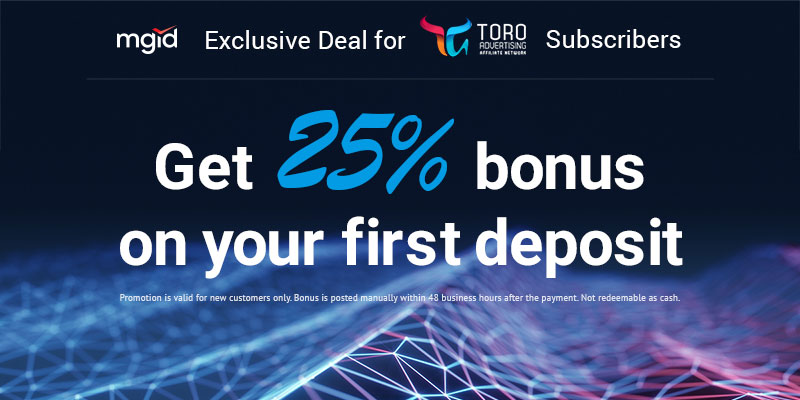 What are the benefits of MGID?

All you need is to go to this link and click on “Set up your first campaign” button.

*Promotion is valid for new customers only. Bonus is posted manually within 48 business hours after the payment. Not redeemable as cash.

Start delivering the right message to the right audience with MGID

Get ready for new Mastercard rules for free-trial billing 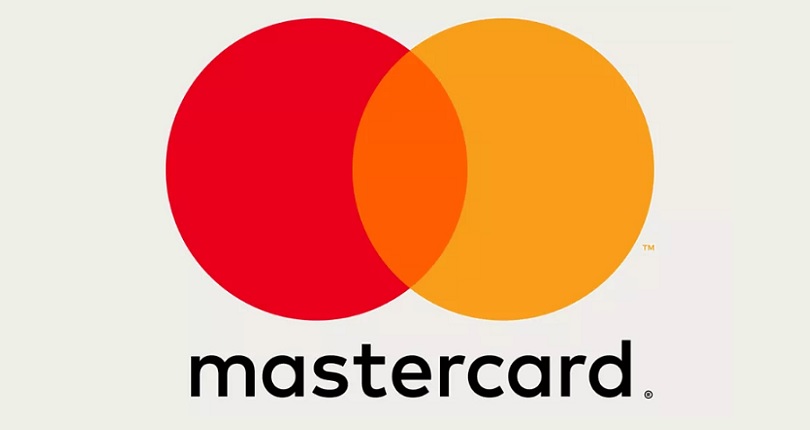 Starting 16 April 2019, Mastercard will enforce new rules for free-trial conversion billing for advertisers who sell physical products with a free-trial billing model. This does not affect digital products.

Mastercard’s new rules apply to vendors who meet all three of the following criteria:

If your business has all of those characteristics, you will be required to comply with new regulations.

Mastercard made these changes because of ongoing complaints from cardholders and regulators about deceptive merchant activity. These policy updates are intended to create more

consumer-friendly commerce. Digital goods, non-nutra products, and straight sales aren’t regulated with these same expectations because they don’t receive as many complaints.

This means that when obtaining cardholder approval for the first payment after the free trial, Mastercard will require merchants to send the cardholder a message, either by email or text, with the following details:

If these rules unfold as Mastercard has envisioned, your cancellation requests should increase and your chargebacks will hopefully decrease.